The real Hemingway cats live on the island of Key West,in Florida Keys, in Ernest Hemingway’s old house. Here the author spent his time writing – and being a cat lover, socializing with cats. I am sure he, as an author, appreciated the independence of cats. After all the work of an author is solitary and independent.

Hemingway had friends, of course, and it is said one of his friends, a ship captain called Stanley Dexter, one day brought Hemingway a cat with six toes in its paws. The story varies whether the cat in question was called Snowball or Princess, but the common opinion seems to believe Snowball was the very first of Hemingway cats. It is also commonly believed Snowball was a Maine Coon cat – 40% of this breed used to be polydactyl , and Maine state being by the sea it was quite logical this may have been the case. 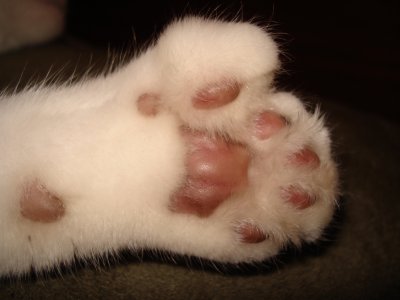 Princess, on the other hand, may have been a double-pawed cat (which is a specific condition and not the same as polydactyl cats).

Snowball was a tomcat, and as cats were not neutered at the time, soon Snowball’s offspring began to appear. If one parent of a litter is polydactyl, 50% of the kittens are too, so the trait soon spread in the area. (As Hemingway put it: “One cat leads to another”.)

Snowball probably was not the only polydactyl of the area – sailors had been visiting the place at least sinc the 19th century, and probably had brought their own polydactyl cats as their ship cats.

It has been said Hemingway tried to make a new cat breed by breeding his polydactyls with Cuban cats, but if this happened, the experiment did not lead to any recognized breed – unless you think of the polydactyl cat as one. And in a way this is so – his great love for his cats lives on in their nickname.

Once Hemingway died, his house was turned into a museum, and according to his will the cats are taken care of. These days there are about sixty cats in the area. They are taken good care of by the museum personnel. They are well fed, given veterinary care, and the area is fenced to keep the cats safe. Most, but not all of them, are fixed. Some have been left to continue the line of the original hemingway polydactyls, much to the joy of the cat-loving visitors to Hemingway museum.

The cats are given proper names – often after movie stars or characters in his books. You’ll find Pablo Picasso, Joan Crawford and Archibald MacLeish among others. And my favorite. Charley Chaplin – a fitting name to a cat with big feet.

If you wish to go see a Hemingway cat in its home, you can check the opening times here:

Click here if you are looking for Polydactyl Cat Breeders. And here you will find a page of Polydactyl cats rescue shelters. 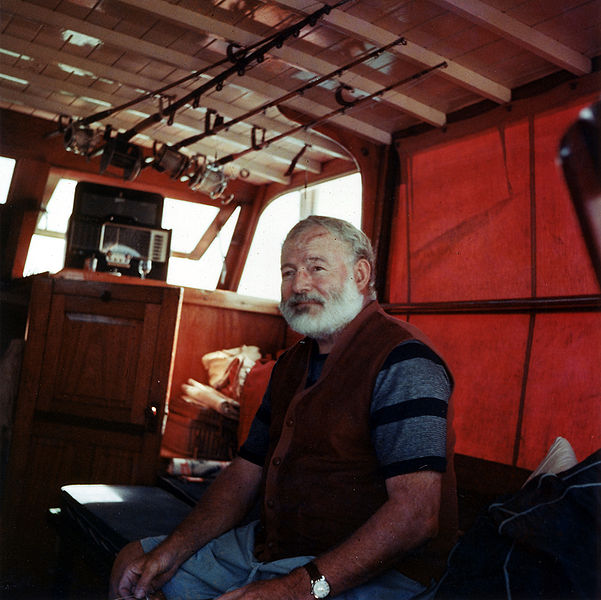 Tell us about your Hemingway cat by clicking here 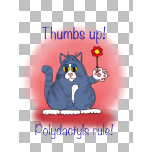